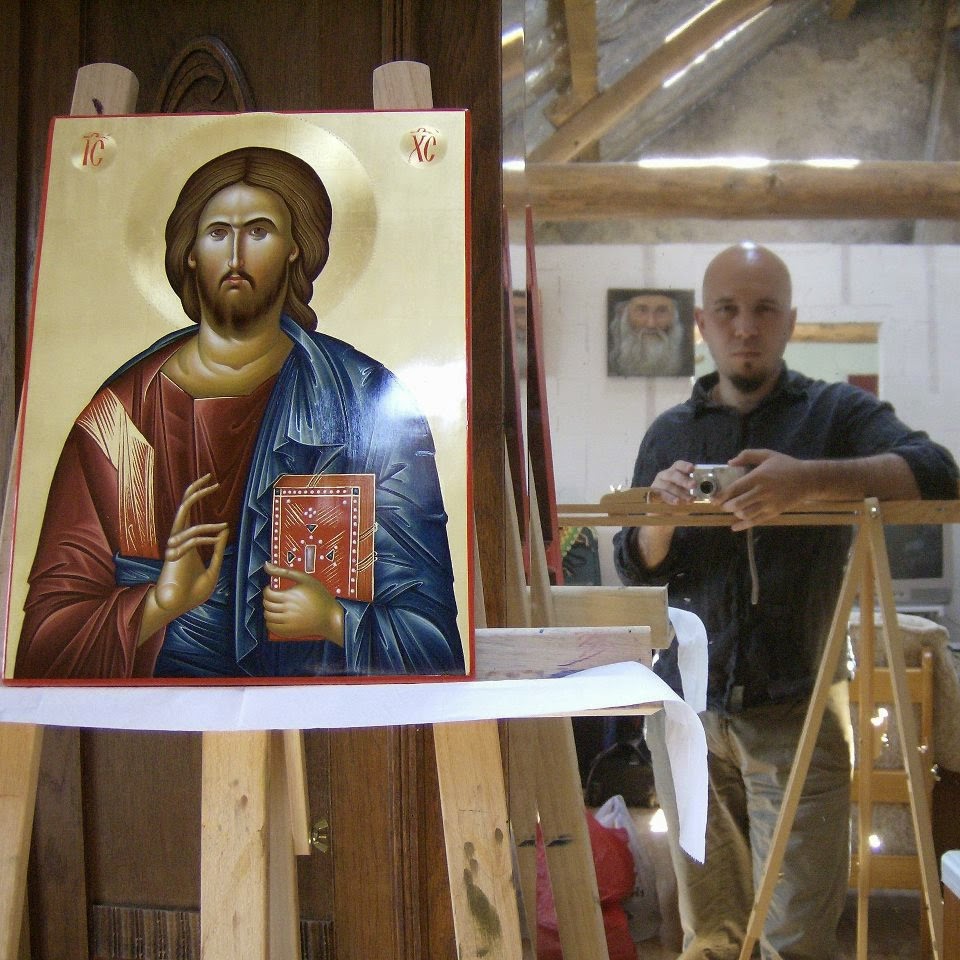 Daniel Neculae completed his studies at the University of Bucharest and  obtained a BA in Byzantine Painting from the Faculty of Orthodox Theology. He was greatly influenced by his stay in Mount Athos at the Vatopedi Monastery, where he saw the work of  renown 13th c. iconographer Manuel Panselinos. His icons can be seen at the Romanian Patriarchate, Bucharest, in Romanian Orthodox churches and monasteries, as well as in private collections in Europe and the United States.

“As an iconographer, I try to place myself in a kind of monastic obedience to the canons of the old byzantine art. My icons bear the same eternal message in a constantly changing world. I believe that icons are like mysteries: they must be experienced not explained. When looking at an icon, one should pray not philosophise. Modern art encourages multiple interpretations while icons are not meant to be decoded or analysed. They invite you to pray and they are doorways to another world and to the divine spark in each of us.”

This website invites you to come in and experience icons in the light of your own faith. (See GALLERY)

July 2005 – October 2005: Wall painting (as an apprentice) inside Saint Grigorie Palama's Church in Bucharest and in St. Mary Nativity Church in Vama Veche

I completed over 100 private and church commissions in Europe, Canada and the United States. A small selection is listed in the Gallery section of this website.